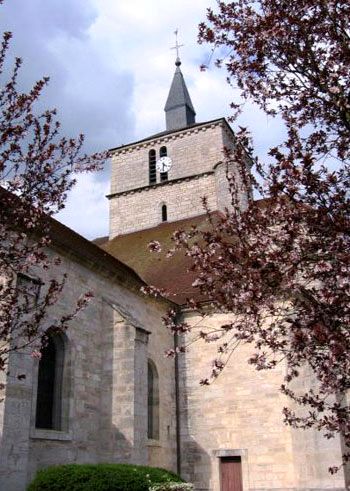 In Prauthoy : The church dedicated to Saint Piat

Classified as a historic monument, its origins go back to the 13th century.

You will appreciate to discover the windows of the Chapel of the Rosary, and the portraits of the “Borthon Ladies” who lived at the castle in 19 century.
It contains paintings and sculptures dating from 16 °, 17 ° and 18 ° centuries.

Antoine Besançon Langres realized the magnificent sculptures in the choir.

The City of Langres

Its ramparts are very impressive and visible from far away. They surround the town that still remembered by Denis DIDEROT, the famous philosopher, child of the town. His statue stands in the centre of the central square. Jeanne MANCE, which contributed to the foundation of the city of Montreal, is another historical figure of this beautiful city full of history.
It is possible to perform a complete tour of the ramparts, passing through the 6 gates and towers built in the 16th century.
Also: the Cathedral of Saint Mammes, Church of St. Martin. Small touristic train.
(20 minutes by car from Prauthoy).

Montsaugeon
A 2 km right out of the park, a charming medieval town built on a hill, beautiful door fortified with battlements, the old halls were restored a few years ago.

Vaux sous Aubigny et Rivière les Fosses
Classified as a historic monument, the church of Saint Symphorien is located in Aubigny. These villages are renowned for the quality of their local wine cellars.

The Castle of Pailly
Near Chalindrey (15km), an elegant Renaissance built on the foundations of an antic castle built in 1563.

La Haute Marne, a country of lakes and sources

Bèze
the village, the sources of Beze and the caves
A corner of paradise where land and water are well combined: Beze means "the fountain of sleeping waters" in Celtic langage. The source is considered as the second largest in France, as it is so much boiling! In winter, they are real water jets which arise from the ground! The river abounds in the village, weaves between the houses and calls for a walk. The cave invites you on a journey on foot underground channels and, in a lunar highlighted by sumptuous lighting. 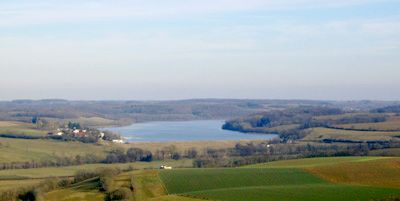 In the south of Langres and easter of the A31, 4 water plans designed to feed the canal between Marne and Saone, allowing multiple activities: swimming, sailing, fishing, bird watching…

Thermal baths of “Bourbonne les Bains”
It is the only spa in Champagne, but also the largest of all eastern France.
The first facility opened in 1783 around the three hot springs that flow continuously. Bourbonne is specialized in the treatment of diseases linked to the rheumatology.
The station receives more than 15000 visitors a year and proposed various formulas for cures and stays well be from a half day. (1 hour drive from Prauthoy).